In honor of Breast Cancer Awareness Month, I present to you:

I tried my darndest to find pictures of Snow White’s boobs but there were none to be found.  You can see from this angle that she was relatively flat which is probably why she felt safe living with 7 dudes.  I’ll bet she was quite the prude and probably didn’t visit her doctor on an annual basis to get a breast exam.

Cinderella has quite the perky rack.  You would think that spending so much time on her hands and knees scrubbing floors would put gravity into practice and pull those puppies down a bit but man, the things I’d do for a small, perky set like that!  I hope she got outdoors relatively often.  Low Vitamin D exposure is actually a risk factor for breast cancer!

Princess Aurora is really sporting the 1950’s cone bra style, isn’t she?  Cramming her girls into a bra like this is not likely to cause breast cancer like some people think.  Her sedentary lifestyle, however; increases her risk factors for developing breast cancer.  She should get between 4 and 7 hours of moderate to intense exercise a week to reduce her risk.

Ariel has a sweet little set and she’s not afraid to show them off!  I hope she is aware of the bacteria and chemical levels in the water that she lives in.  Local water sources aren’t always as safe as they should be.  Her exposure to chemicals in water increases her risk for breast cancer.  It’s a shame she doesn’t live in filtered water, she’d be much safer that way.

(Sorry Belle is a little blurry).  Belle was pretty discreet with her puppies which might be why the Beast finally soaked up the courage to woo her; he knew she wasn’t a floozy.  But she might have a family history of breast cancer.  Belle’s dad was a widower so we’ll just go ahead and surmise that Belle’s mom passed from late-stage breast cancer.  Because Belle’s mom had breast cancer, she has a much higher risk of developing it as well.  Belle should be seen by a doctor on an annual basis to rule it out.

Jasmine might have my favorite boobs of all the princesses.  She flaunts them and they bounce nicely back into place when she’s being active.  Jasmine should check her hookah at the door, though.  Smoking doesn’t just affect the lungs.  It can also cause other cancers including breast cancer.

Pocahontas’ boobs are the biggest of all the princess’s.  I’m not gonna lie, there has been more than one instance where I wished I had Pocahontas’ rack.  She really should lay off of her time outdoors.  I know Vitamin D is a good thing but her overexposure to the sun isn’t.  I hope she uses sunscreen, but if she does, I hope that it is a chemical-free one.  She’s better off wearing long sleeves and a wide-brim hat than wearing chemical-based sunscreen and that deer-skin-street-walker ensemble she runs around in.

Mulan is a total tomboy and proves it with her conservative man-dress.  Just because she wants to be one of the guys doesn’t mean she’s exempt from breast cancer.  She might be onto something, though.  She stays away from makeup which reduces her risk for breast cancer since chemicals in cosmetics are known to increase breast cancer risk.  Nice work, Mulan!

Our beautiful dark-skinned Princess from Nawlins is certainly some serious eye-candy with a perky rack.  But New Orleans is known for its fried, delicious food.  Princess Tiana either stays far away from the grease or she has a pretty sweet metabolism.  Either way, the food she eats can help determine her risk for breast cancer.  No, Princess Tiana!  Don’t eat that Beignet!  And stay away from the red tide crawfish!

See?  Even Disney Princesses are at risk for breast cancer.  I’m absolutely guilty of refraining from the self-exam but I shouldn’t be.  I have young friends who are breast cancer survivors, and know even more women in their 40s and 50s who have had it as well. 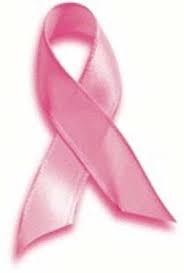